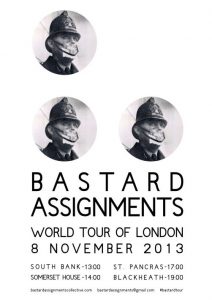 Itching for activity, and too eager to wait for our MEGA events after Christmas (“ooo” says you) , we decided to take noises and shapes of our own work, and that of some exciting artists we love, and bring them to THE WORLD – or to the nearest and best venue we could think of – the dirty, grey, banker-drenched streets of early winter London.

Fred Feeney, remembers it so:

“The greyness of another London day hits with its feathered fist. Under this blank blanket sky we create waveforms between the Thames and the glass.”

“Through the lense, we meet and collect ourselves. Arm to arm, newly burdened by many cameras, drums and stands, we excercise ourselves upon a middle afternoon London landscape.” 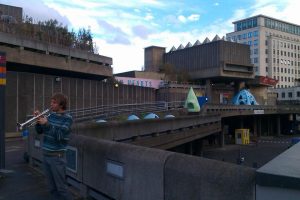 Fred played with his air, under some sky. 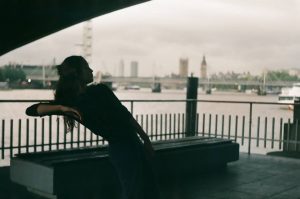 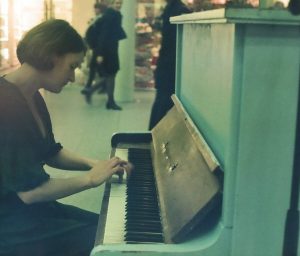 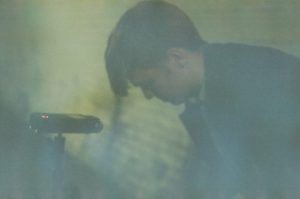 Murky, on the edge of clarity, Paul McGuire summoned whale like moans from a cello bow and floor tom to the confusion of homebound suited Canary Wharfers in Greenwich foot tunnel. Eerie. 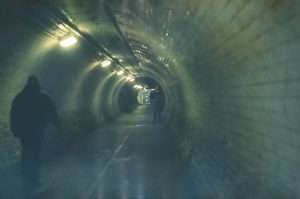 A brass duet, percussionist, a sound collector and the whirring spokes of an unsuspecting cyclist were part of Tim Cape’s interruption on proceedings.

Watch this space for major episodes – a mini-movie-trailer of the days events, rumours of a pre-christmas session and, of course, more info on our SPANKING NEW events series, starting after Christmas.