Over the next few months we will be re-appropriating houses, flats,  basements and balconies all over London to create a series of super-intimate, informal, experimental performance events. The first event in our ‘At Your Place’ series kicked off in a haze of sellotape, piano and wine. 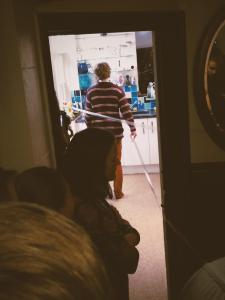 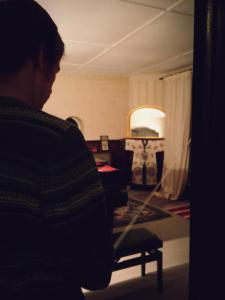 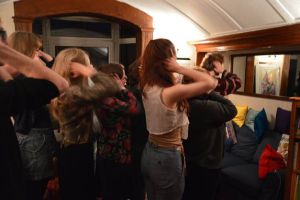 Tim Cape used our skulls to amplify the scratchings and tappings of our bodies. 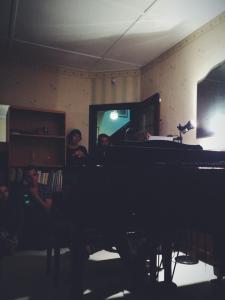 Thanks to all who came, it was the start of something new. Next time, join us in a high rise flat with floor to ceiling windows and a Brick Lane covering balcony for something a little louder.